Sardines In Pickled Sauce, An Italian Recipe Of "Sarde In Saor". - Quickezrecipes.com

Sardines in pickled sauce, an Italian recipe of “Sarde in saor”. 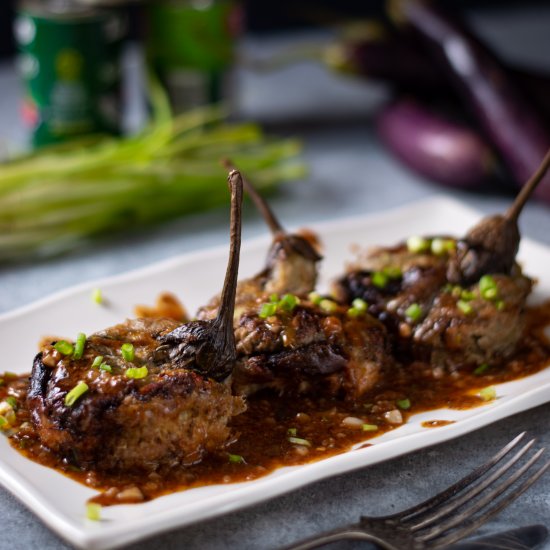 It is not only in Spain that sardines in escabeche are eaten. These that we bring you today are very typical of Venetian cuisine, with a sweet and sour point and a very soft acid power, they are the perfect appetizer or starter for any self-respecting all’italiana meal. The saor is a marinade with a sweet point from raisins and pine nuts although the latter are optional and I have used plums instead of raisins, bigger and juicier and less sweet, to make a more interesting contrast.

In this marinade the peculiarity is that we are going to caramelize the onion, we are going to give it a golden hue that will boost that sweet sensation we were talking about before. The grace is given by the spices we add and also by cooking the sardines just right so that they are juicy and not excessively dry. A fish marinade different from the ones we usually know in Spain such as mussels, bonito, trout or tuna.

Its origin? Well, that of all marinades, to ensure that the fish can be consumed for a longer period of time. Bepo Maffioli describes this dish as a “Cibo di marinai e scorta di terraferma”, which we could translate as “food of sailors and leftovers from the mainland”. A cheap dish that for Venetians means “sardines with flavor”. Lots of onion, but lots of it, is key in this recipe which is served with practically none of the marinade broth.

It is always important to leave the sardines in the marinade for a few days in the refrigerator before eating them so that they soak up all the flavor of the marinade. I also recommend using large, fatty sardines, without the head and guts. Then it will be a dish to be enjoyed cold, although tempered, and is usually accompanied with a little white polenta if desired.

How to make pickled sardines

Clean the sardines very well beforehand, removing the head and also the intestines with the help of your own finger and a little delicacy. Dredge all the sardines in flour, all over, and shake well so that there are no excesses. Fry in the oil in the pan where we are going to make the marinade, turn and turn until they are golden brown. We will have to do it with the oil over medium-high heat. Remove and drain.

Lower the heat and in the same oil brown the garlic cloves with skin included, simply crushed. Add the finely chopped onion in julienne strips as you have it. Add also the bay leaf and all the seasonings: coriander grains, peppercorns, cloves and salt. Let it cook over low heat so that the onion caramelizes, it is always good to cover it so that it cooks in its own steam.

Raise the heat and add the vinegar and white wine and let it evaporate over high heat, season with salt and add the prunes and, if desired, the pine nuts. Let it reduce a lot, until it is quite thick. Turn off the heat.

When the marinade is lukewarm, add the fried sardines and mix everything carefully, it is best to use the back and forth of the pot itself to put as little as possible any utensil inside the stew. Put it in a bowl and take it to the fridge to let it rest for at least two days.

When we are going to consume the marinade it is advisable to take it out of the fridge for a couple of hours before, so that it is tempered. We can also give it a microwave blow, to avoid that the oil that will have remained hard makes us break the sardines when we take them out of the marinade. We will be able to accompany the sardines with a little white polenta.

Born and raised in a chef house. I Completed my High school diploma in Culinary arts and would love to supervise other culinary professionals in the kitchen.